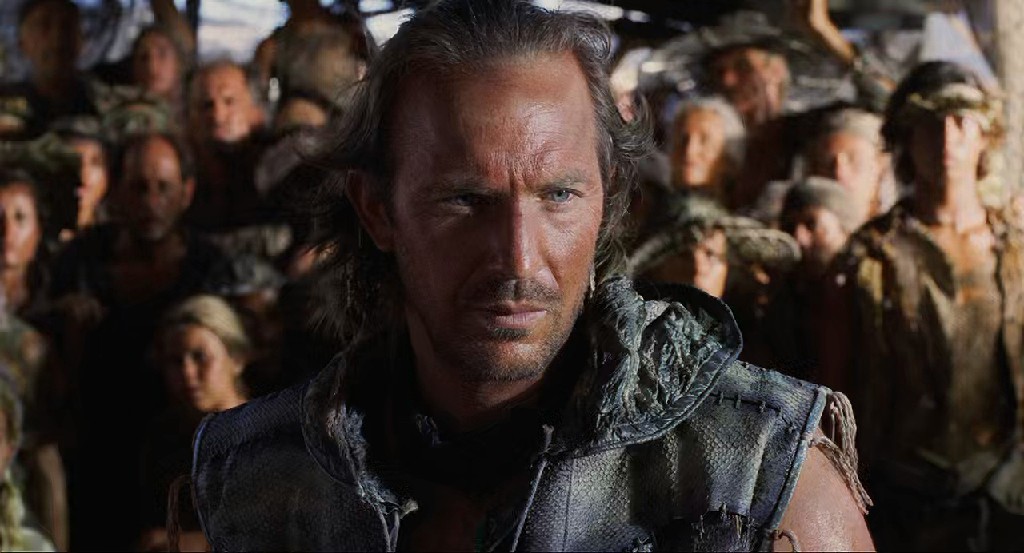 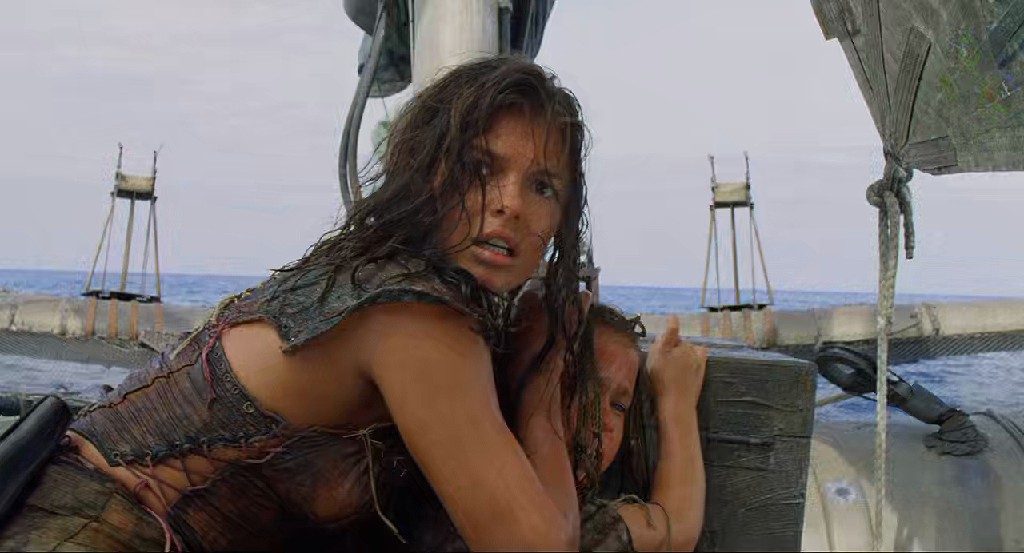 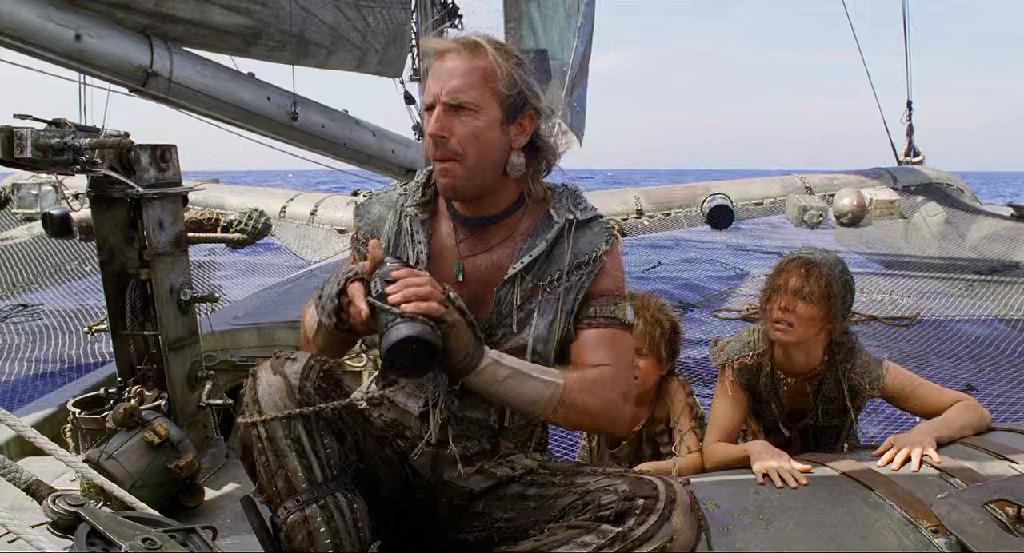 Mariner (Kevin Costner), a lone drifter, dirt for other supplies, a rarity, comes on his trimmering to trade. Residents of atoll see that mariner is a mutant with legs with gullies and jars and decides to sink it into a recycling pit of atoll – facilitating a type of liquid manure. Only then, atoll is attacked by smolers, a gang of pirates looking for a girl named Anola (Tina Majorino), who, according to their leader Deacon (Dennis Hopper), have a map for tattooing Dretland on her back. Anola’s patron, Helen (Jean Tripphorn), attempts to escape with an anola on a gas balloon with an inventor Gregor (Michael Jeter), but the balloon is released very quickly. Helen saved the mariner and insisted that she take them both with her.